Data from Healthy Ireland reveals that 29% of smokers currently use e-cigarettes as an aid to quitting smoking. 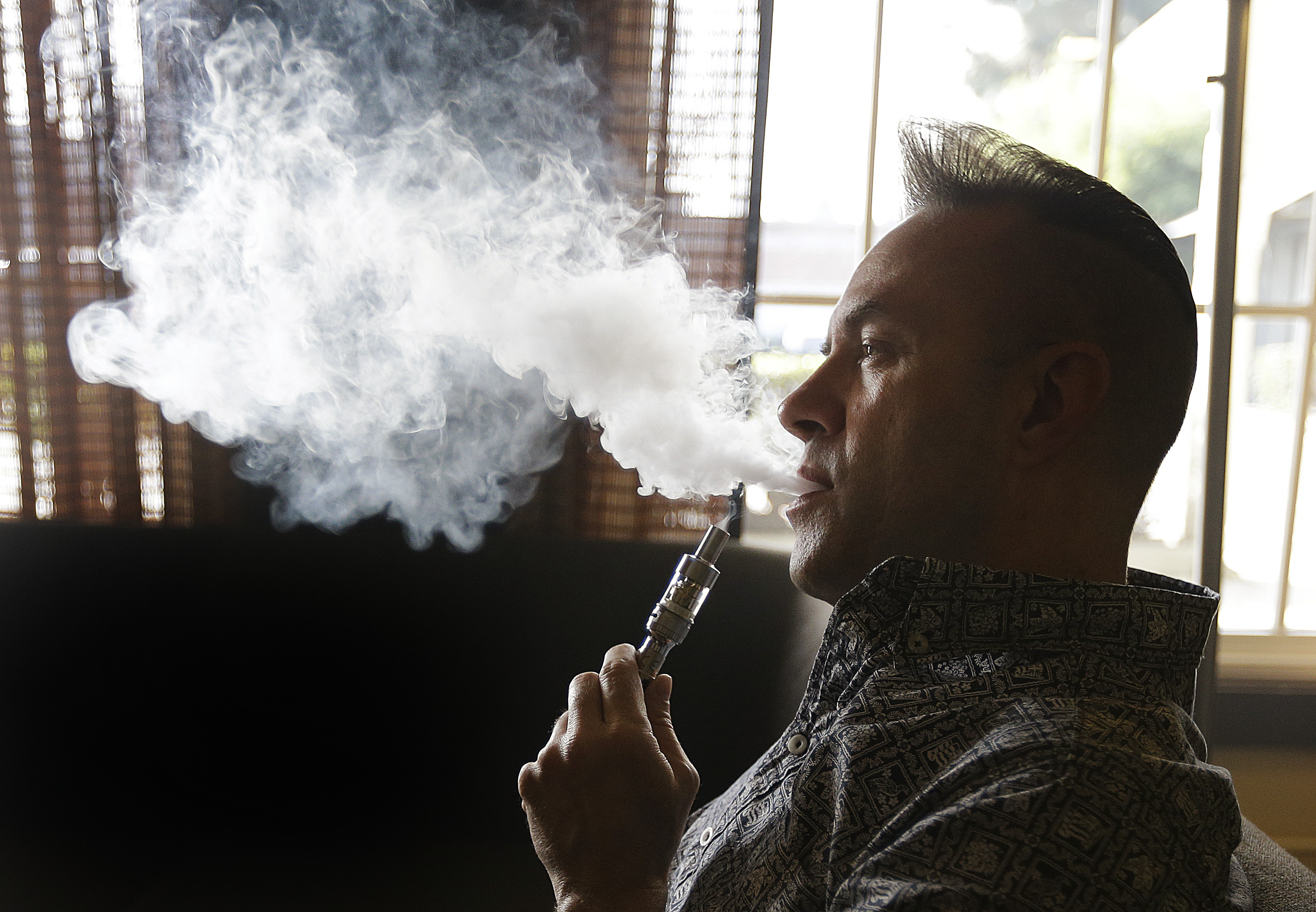 A REPORT BY Hiqa has acknowledged e-cigarettes’ “success” in helping people quit smoking, but says that further study is needed into their clinical and cost-effectiveness.

The assessment comes as Hiqa begin a public consultation, calling for submissions about how to advise those who wish to give up smoking.

Approximately 20.5% of deaths each year can be attributed to smoking, including deaths due to second-hand smoke.

Hiqa’s Director of Health Technology Assessment Dr Máirín Ryan said that their analysis examines the safety, effectiveness and cost-effectiveness of all smoking cessation interventions available in Ireland that can be used to help smokers quit for good.

There has been a stand-off of sorts between anti-smoking group ASH Ireland, and vaping businesses and advocates over the safety of e-cigarettes, with skeptics saying that they haven’t been around long enough to warrant recommendation.

On the other hand, various reports and studies show their popularity amongst the public in quitting smoking, as it allows you to minimise the dosage of nicotine that helps wean you off the addictive substance.

Now with Hiqa’s cautious backing, it looks as though Ireland will move closer towards recommending e-cigarettes to those who wish to quit smoking – pending further studies to prove their success further.

Máirín Ryan said that although the report found ”a high level of uncertainty surrounding both the clinical and cost-effectiveness of e-cigarettes”, there was a link between vaping and an increase in the number of people who successfully quit smoking.

“While the long-term effects of using e-cigarettes have not yet been established, data from Healthy Ireland reveals that 29% of smokers currently use e-cigarettes as an aid to quitting smoking.

“Hiqa’s analysis shows that increased uptake of e-cigarettes as an aid to quitting would increase the number of people who successfully quit compared with the existing situation in Ireland and would be cost-effective, provided that the currently available evidence on their effectiveness is confirmed by further studies.”

However ASH Ireland chairman Dr Patrick Doorley says that gum and nicotine patches should be the preferred way people refrain from smoking, as they have been proven safe over a long period of time.

Many smokers say e-cigs have helped them quit smoking and there are early indications that e-cigs are safer than smoking. However, there are no studies into the longer-term effects of vaping.

Although he admits that the HIQA report suggests e-cigs could have a role in smoking cessation, he says that the ‘standard nicotine replacement therapies’ – ie, gum and patches – “remain the most effective way to quit smoking”.

He added that they would be recommending to Hiqa to continue to regulate the entire vaping industry, and also urge that further research is conducted into the potential long-term effect of vaping.

Gillian Golden of the Irish Vape Vendors Association, says that she hoped the report would lessen the level of misinformation in the medical, media and political discourse.

One of the headline takeaways from the report is their acknowledgement of the fact that providing inaccurate information on the comparative risks is unethical as it fails to allow people to make informed choices.

A public consultation seeking feedback on this report is open until 3 February 2017. Following this, a final report will be prepared for consideration by the HIQA Board, before being submitted to the Minister for Health and the HSE.

WARNING: Nicotine is an addictive substance. This product is not intended to diagnose, treat, cure, prevent or mitigate any disease or medical condition or offer any therapeutic benefit. Do not use this product if you are under the legal age of smoking or if you are sensitive to nicotine or inhalants. Do not use this product if you have or if you are at risk of having any respiratory conditions, heart disease, high blood pressure or diabetes. Consult your doctor before use if you have any medical conditions. Do not use this product if you are pregnant. Discontinue use of this product immediately if you experience symptoms such as nausea, dizziness, a weak or rapid heartbeat, vomiting, diarrhea or any other negative physical symptom. If any of the aforementioned symptoms occur, seek medical attention immediately. KEEP THIS PRODUCT AWAY FROM CHILDREN AND PETS. Ingestion of the non-vaporized concentrated ingredients in the cartridge can be poisonous. Ingestion of certain pieces may present a choking hazard.